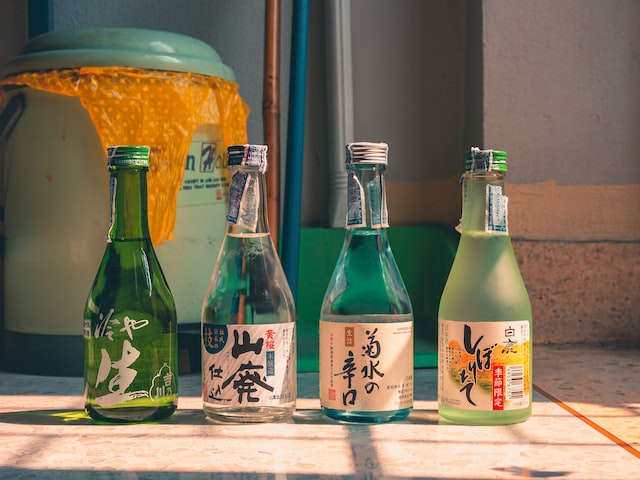 Sake is a Japanese alcoholic beverage made from fermented rice. It is typically served in small cups or glasses and is often considered to be a special-occasion drink. Sake has a long history in Japan, with the first recorded mention of the drink dating back to the 8th century. In recent years, sake has become popular in other parts of the world as well, particularly in the United States.

There are many different types of sake, which can be broadly categorized into two main categories: junmai and honjozo. Junmai sake is made only from rice, water, and koji (a type of fungus used to aid fermentation), while honjozo sake also contains small amounts of distilled alcohol. The type of rice used, the brewing process, and the addition of distilled alcohol all affect the taste and quality of sake.

Sake is usually drunk neat, although it can also be served with food. It is typically served at room temperature or slightly warm, although some types of sake are best served chilled.

If you’re interested in trying sake, there are many different types to choose from. To get started, try a junmai or honjozo sake. Once you’ve found one you like, you can explore the other types of sake available.

Soju is a traditional Korean alcohol that has been around for centuries. It is made from rice, wheat, and sweet potatoes, and is typically around 20% alcohol by volume. Soju is clear and has a very neutral taste, which makes it popular to mix with other beverages or to drink straight.

Soju is the most popular alcoholic beverage in Korea, and is also consumed in other countries with large Korean populations, such as China and the United States. In recent years, soju has become popular among a wider range of people, both inside and outside of Korea.

If you’re looking to try soju, there are a few things you should know. First, soju is usually served in small glasses or shot glasses. It is traditionally drunk neat, but can also be mixed with other beverages. Second, soju is typically drank slowly and in small sips. And finally, soju is usually shared among friends and family, so it’s a great way to bond with others over a drink.

Which one is for me?

There’s a difference between Soju and Sake when it comes to alcohol content. Soju is typically around 20% alcohol, while sake is around 15%. In general, Soju is generally less expensive than sake.

When it comes to taste, Soju is typically more neutral than sake. This means that it can be mixed with other flavors easily. Sake, on the other hand, has a more distinct flavor that can be harder to mix with other ingredients.

We use cookies on our website to give you the most relevant experience by remembering your preferences and repeat visits. By clicking “Accept All”, you consent to the use of ALL the cookies. However, you may visit "Cookie Settings" to provide a controlled consent.
Cookie SettingsAccept All
Manage consent